It's a common misconception that Lotus only involvement in the C5 develop was the Y frame chassis, however as detailed in the Lotus World Magazine March 1985 & also in both of Barrie Will books who was the Managing Director of Sinclair Vehicle, Lotus developed, designed & build the C5 prototypes. Lotus only build 12-20 prototype C5 fitted with GRP bodies, these were tested to disruption, and were only used until the polypropylene bodies became. 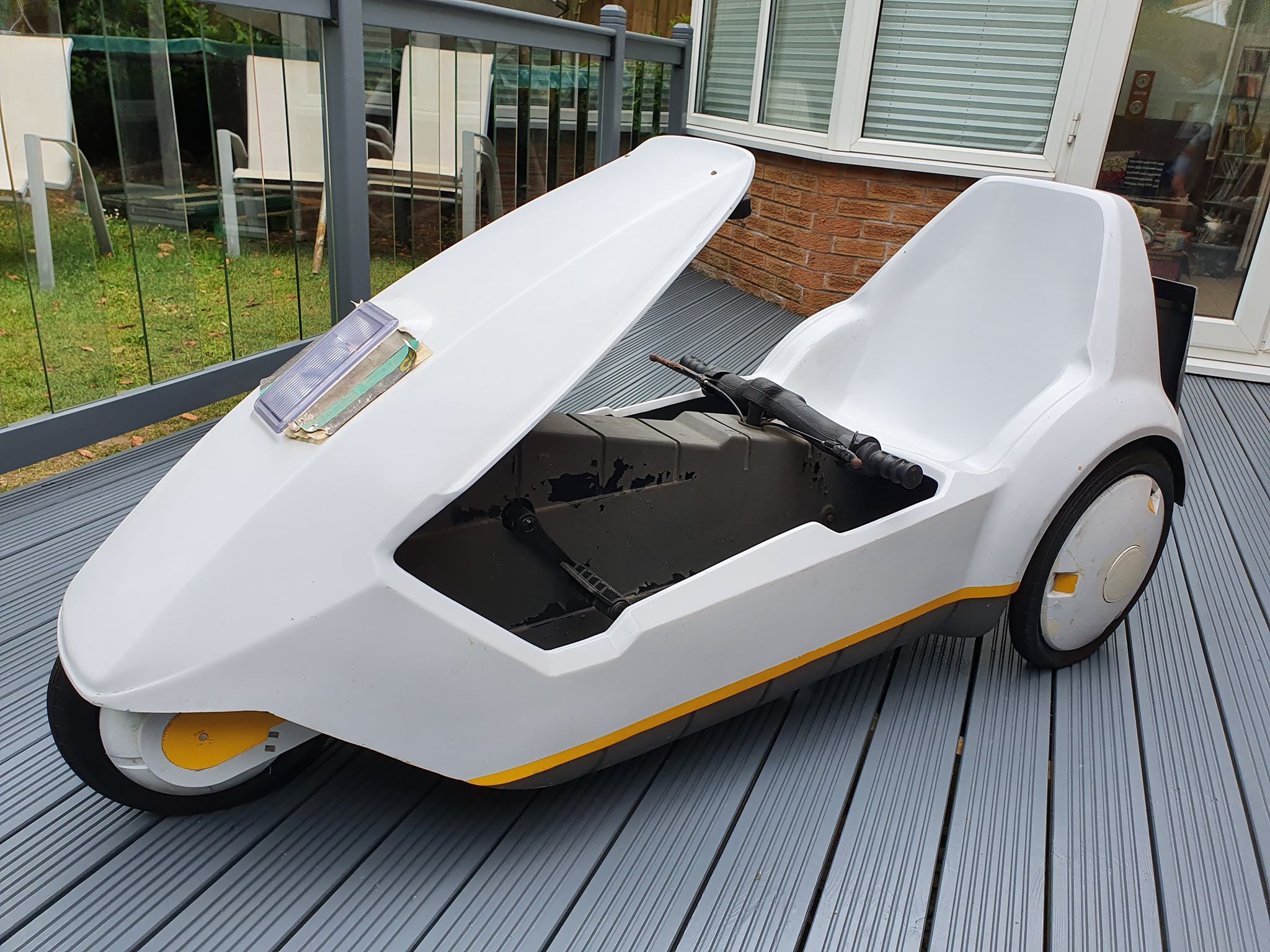 This C5 Prototype is number 4 out of 4 GRP bodies build by Lotus to be use only for the brochures pictures & publicity, it look identical to the final production model, this was done to enable the photos to be taken for launch brochures, these pictures would have had to be taken at least couple of months prior to the launch on the 15th of January 1985 to enable the brochure to be produced. This C5 has a unique green front sticker in lotus green, I have been informed that the photos were taken under very bright lights with a red background therefore required a green stickers, as green being the opposite end of colour spectrum to red and would therefore appear grey in the picture, Gus Desbarats. has confirmed that he hand cut the front sticker out of paper.

This GRP C5 looks identical to the standard production model from a distance, however on close inspection every single component is different in 1 way or another, below are just some of the unique features, all of which match the C5 in the very first brochure. I do have some original photo negative from the photoshoot that came with the C5, and some history from the Son of the original photographers which I hope you find interesting.

My goal would be have the C5 on display in a Museum (the Lotus Museum if possible), as I feel the C5 program was at least 30 years ahead of it's time, and an important development in the electric vehicle, & also Lotus history in electrical vehicle development.

There are some pictures on the internet of 2 black Lotus JPS Sinclair C5 with Arton Senor driving one, however these 2 C5's were just standard Sinclair built C5's painted in JRP colours, and were not Lotus build vehicles.

Some of the unique features of the Lotus Build Prototype C5

I purchased this C5 from the Son of the original photographer who has stored the C5 for over 30 years, whos Son Dom has provided some history on the C5.

Below is the history I received from Dom Butler, who is the Son of the original photographer. 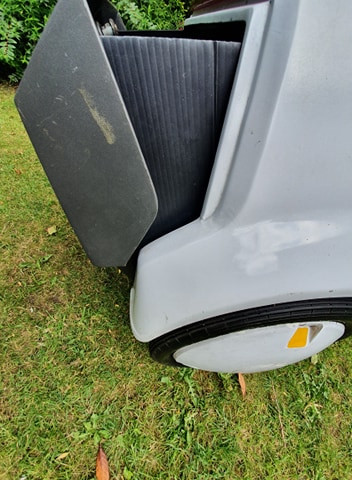 "Some background information on my father, Derek Butler. In the 1960's he was working at Vogue, as a photographer's assistant working alongside many famous photographers and for a few years he was Lord Snowdon's assistant. He had ended up working at Avonmore Studios in the 1970's after Vogue had shut down their studio in Hannover Square, London. My dad never name dropped and I guess that is why he ended up in advertising photography. Avonmore Studios was in Avon Trading Estate, West Kensington, London, it was an old Victorian warehouse estate. His studio was on the first floor of one of the old warehouses.

The first time I heard about the C5 was my father telling me that he was working on a top secret project and that it would be revolutionary and be a game changer. This was around August/September 1984 it could have been even earlier. Of course I wanted to know what this secret project was, I kept asking but he wouldn't say. After about a month of pestering him, he finally gave in, he told me it was a electric vehicle made by Sinclair. A few weeks after that I got to go to his studio and saw the C5 for the first time.

So there was 2 C5's delivered for photography, one with wing mirrors and one without. They were delivered on a Sunday at night in cardboard boxes and hoisted up to the first floor studio. They did not leave any keys, I guess to stop anyone using them, after all it was all done in secrecy. So the C5 were photographed and left in a corner of the studio. The Sinclair C5 launch date came and went, but nobody came and collected them. I don't know if they were meant to destroy them after the photography, but knowing my father and the studio manager, they would not have done that. After about a month after the launch date, my father bought the C5 home. Jim the studio manager took the other C5 home, I don't know what happened to that one. 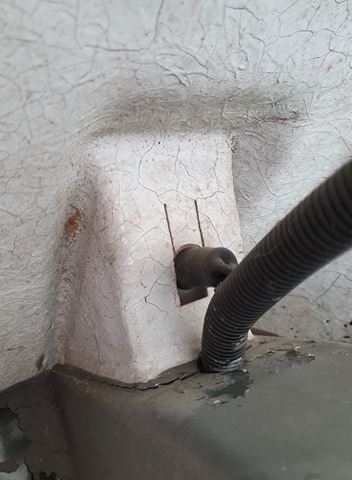 As soon as it was home my sister and I took the opportunity to take the C5 out for a spin. There was no battery, so we had to pedal. Our course was on the pavement from my father's house to the train station car park, about 300 yards away. So we took turns and on my sisters go, she crashed on a corner. She had turned too fast and it had tipped over on the slope. She then noticed that a wheel centre was missing, we all looked for it but we couldn't find it. My father was very angry at this and told us to never use the C5 again! After that it was stored in the back of the garage under a wool blanket.

After several years of pestering my father for the C5, he finally gave in. That was in 2008, at the time I was living in Portugal and had come back to the UK for work. I got it out of the garage, cleaned it off and took some pictures. I tried to get it into the house for safer keeping, but I couldn't get it through the door opening, so I had to put it back in the garage again." 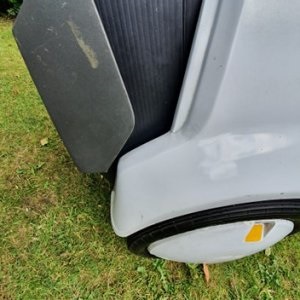 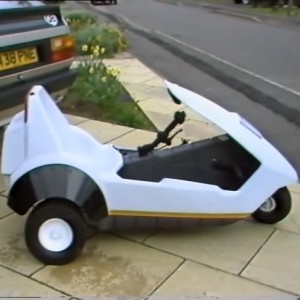