Reasons why it Failed

Several things conspired to ensure the Sinclair C5 didn't succeed, here I'll try to detail the issues with the C5 at launch.

From the off, the UK press had decided that it was unsafe, citing the low ground clearance making the C5 difficult to see in traffic, which was a shame really as the RoSPA had declared these concerns to be unfounded and that the C5 was perfectly safe on the roads.

The hi-vis mast which came as an optional extra did go some way to improving visibility but the damage had already been done and the press weren't about to change their mind about the C5's safety.

This was a very real problem with the C5. It's all nice and fine driving in the warmth of summer, but most other times of the year when it's cold or wet or both, driving a C5 wasn't a nice experience. The ridiculous looking raincoat accessory was meant to provide you with some protection when it was raining, but would you really want to go out looking like that? The side panels were a good idea and helped stop water being splashed into the C5 but overall the C5 wasn't really suited to the rain.

The Sinclair C5 was launched on the 10th January 1985. In the middle of Winter! The launch didn't get off to a great start with early adopters not coping too well on snow and ice covered roads. Would you really want to be in an open top electric trike for the commute to work in Winter? Or an enclosed car with the heating on?

The law on electrically assisted tricycles permitted a maximum speed of 15mph, this wasn't much of a problem, the main problem came from the fact the motor was limited to 250w which meant anything more than a gentle hill would require considerable peddle assistance and most hills would render the C5 useless. Getting out and pushing a Sinclair C5 up a hill in busy traffic was not something you would want to be seen doing.

Battery performance was also called into question. Sinclair stated the 12v 36Ah lead acid battery would provide a range of 20 miles whereas in practice most people were reporting a range of 10 miles and significantly less in the cold. It also weighed a lot, 15KG which accounted for a significant part of the total C5 weight.

Changes to make it Succeed Now

Well, maybe in it's original form it wouldn't succeed now any more than it did back in 1985. However with some changes it can be made a much more useful vehicle.

The world is much more receptive to alternative transport than it was back in 1985. Having a low carbon footprint is all the rage and as the cost of fuel in the UK has sky-rocketed, a low-cost, green, electric trike would probably be more welcome than back in the mid-'80s.

As many have already observed, Sir Clive Sinclair was just way ahead of his time with the C5.

The first change would be the battery. With modern, light weight Li-ion batteries you could get better performance out of the C5, both in terms of range and also hill climbing. My own C5 runs from a 60Ah LiFePO4 battery which weighs in at about 7.5KG and gives me excellent performance (45+ miles) on the flat and pretty good performance on inclines.

The hi-vis mast should come as standard to aid visibility of the C5 driver. Give the C5 more ground clearance. There have been a few times I've run aground going over a speed hump. It would also make the C5 more visible in traffic. 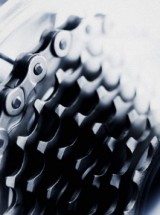 Adding gears would also help with hill climbing. Having only one gear in it's current form makes the C5 very off-putting as a peddle powered vehicle. Compared to most bicycles which have plenty of gears, the C5 looks very basic.

Improve the steering as at the moment the turning circle is quite large. Having some sort of reverse function is essential too, trying to do a 90-point turn to turn around on a narrow path isn't funny!

Some sort of roof and side protection from the elements is essential. Looking at the Sinclair X1 (which hasn't seen the light of day yet), something similar on the C5 would work well.