Took delivery of my C5 yesterday and have just finished giving it the once over and adding it to the directory. Seems as though its in decent shape and pretty much original. It was coated in cobwebs when I got it, but thats not too big of an issue. It does have some strange things going on at the front though, the forks have been extended (i'm not sure why anyone would do that?) so the brakes have been turned around so that the pads face the other way, they're now too high to touch the wheel anyway. It looks like whoever did it has forgotten a few times and pressed the brakes as and as the pads were just turned and not removed the bolts have worn away the tyre, but I was going to change that anyway so no big deal. I also have another set of front forks that i'll switch the extended ones with. The bearings, on the front wheel at least, are very grindy too, so I think i'll just change them all while i'm taking it to bits anyway. The only bits I seem to be missing are the rear mast caps and a drive belt, which worrys me as it might be that it has been removed because something in the electrics is shot, but part of the fun will be sorting that out I suppose!

I changed the front tyre/tube for a Schwalbe Big Apple and took it for a spin around the carpark of the house and it all seems to run fairly well apart from the things i've mentioned, it was a little bumpy but on closer inspection I've spotted that one of the tyres has been replaced and hasn't been fitted properly so is off the rim at some points, the other tyre is a Sinclair one so has probably been there 30 years. They're both crumbling anyway, so they'll be getting replaced with Big Apple's too. Next step will be to strip it all down and paint the metals parts as they're getting a bit rusty, the main chassis beam in particular. Will upload some photos below. 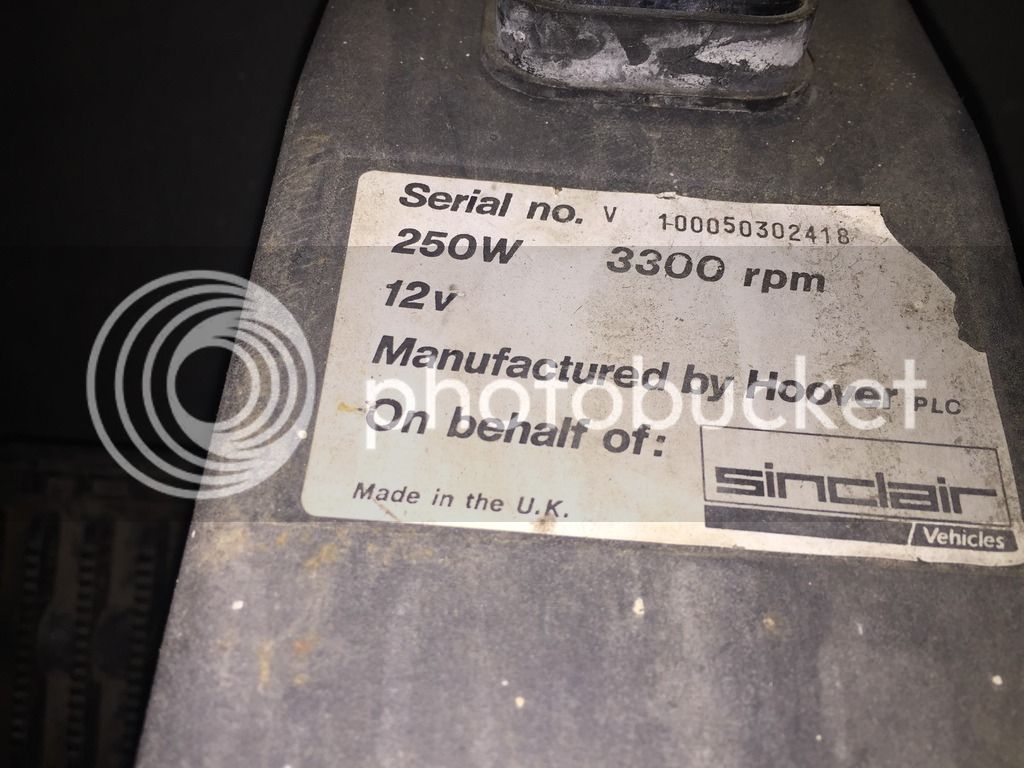 The front forks are interesting, maybe the previous owner got fed up with grounding it on speed bumps

Managed to get the C5 taken to bits properly today, it's taking forever to clean as the dirt is so ingrained. The bearings seem to be fairly shot all round so that may delay me a bit in getting it going until funds permit a full new set. One interesting Thing that I've noticed is that it looks like at one point the boot has had the words "Lands End I Hope" or something like that at least on it. Has this C5 had an interesting journey at some point in its life I wonder?