Hiya Matt or Fezza call me what you will here!

Welcome to the forum! That's a nice customised C5 you have there. Whats the board in place of the POD, any close up shots?

So this morning a couple of jiffy bags arrived in the post which can only mean one thing....... eBay goodies!!!!

So I set to work installing the new side stripes to replace the worn scuffed and generally tatty old ones.

I took the old ones off with the aid of a hot air gun and razor blade then cleaned up the sides with brake cleaner and a rag before applying the new strips.

Second job of the day was to install the LED voltmeter.

My old set up consisted of a massive analogue voltmeter a 12v socket robbed from a scrap car, an old pod back off a dead pod and some 18mm scrap mdf.

I decided to neaten up the dash so sawn off the triangular bottom piece that housed the 12v outlet and voltmeter and cut it flush with the pod back, then with a bit of marking out drilling and cutting with a hacksaw blade and a razor blade I made a new home for the LED meter a bit of soldering and heat shrinking saw it installed and working.

DAVE: Yes thats me who does the vac forming never actually got hold of any mirrors to copy so that fell on its ass! A pod should be easy enough.

Bob is a little wooden trailer on pram wheels I'd love a half c5 trailer but cant seam to get hold of a suitable shell to hack up.

Yeah that would be great!

Lol I've been curious about them for ages! think Hull centre would love us two riding round on the C5's!

Why do you go to hull royal ? Are you the 1 fitting the new windows 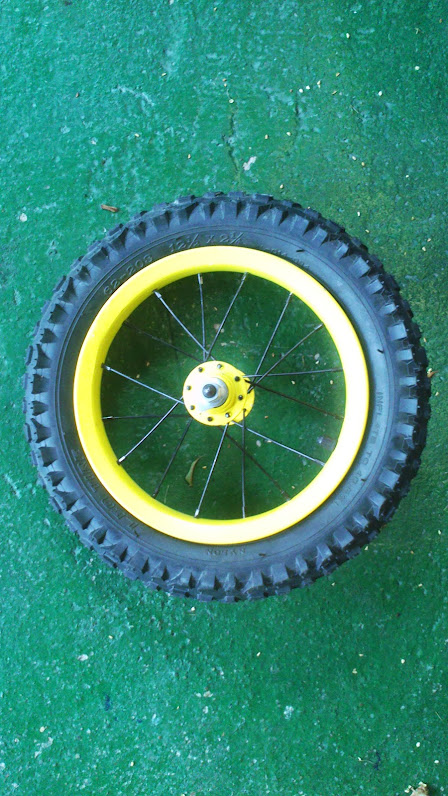 So I removed the knobbly tyre and replaced it with the City jet that was on the original c5 wheel....

Then I had to stretch the front forks a little to accept the new wheel....

Which then allowed me to fit my nice new wheel! 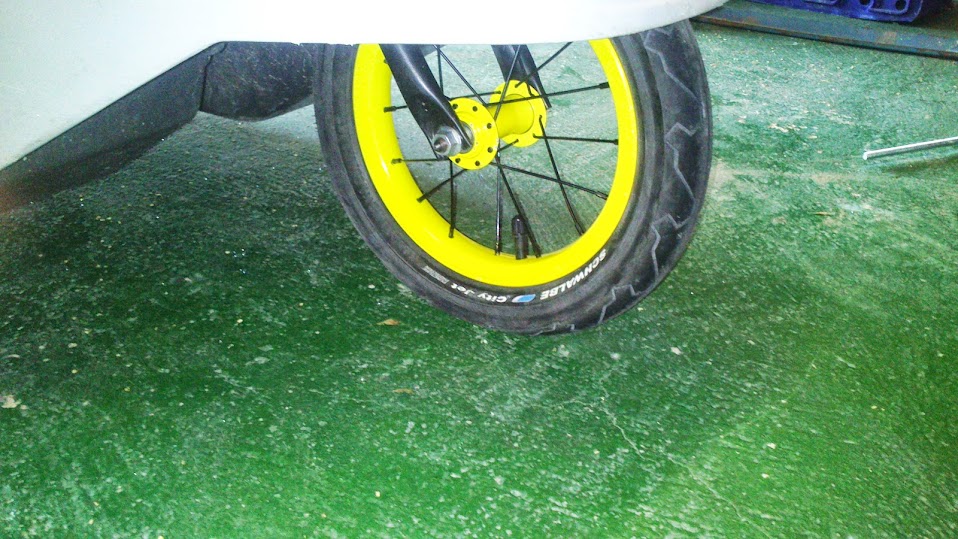 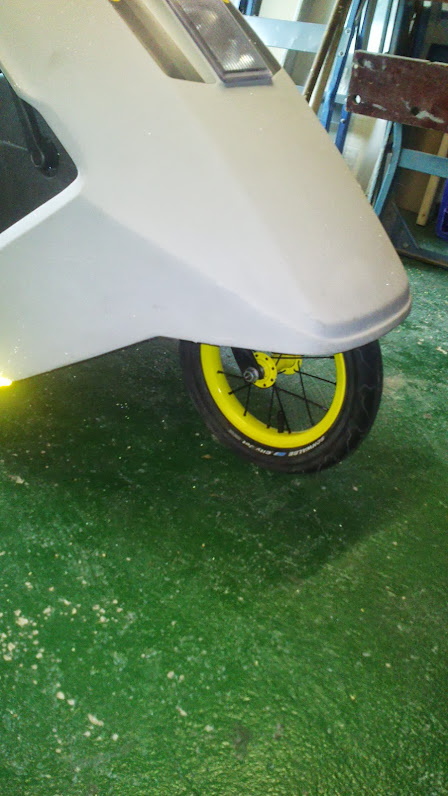 Nicely done, love the colour, much better than plain steel.