So, in just a few months i have gone from owning one C5 to 4. This is the story of the third c5 i own (more about the 4th soon). After attending brooklands and having a go at the test hill me and my dad felt that a c5 with gears would be a good modification to try. SO we spent some time looking for a c5 to work with and I found one that looked ideal on ebay. From the pictures on the ad it looked a bit of a mess, but knowing how easy it is to clean up a c5 i decided to go for it. I was pleased to get it for £150 and collected it that night from Wales. 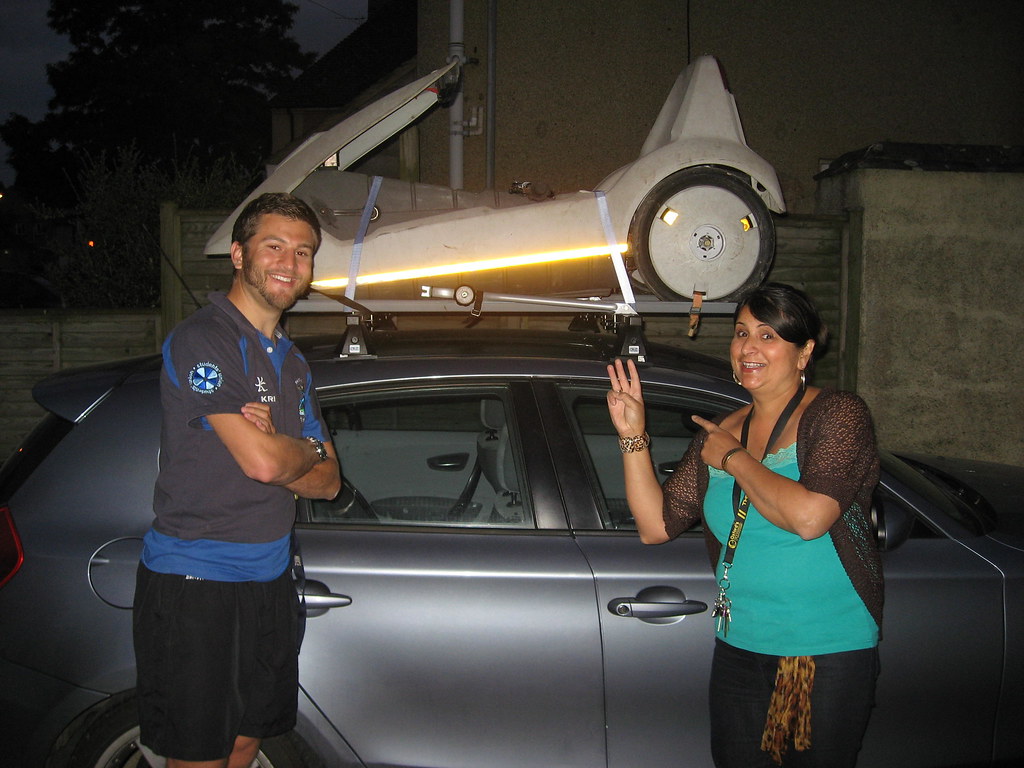 We collected the c5 from a farm. this was a real barn find as the C5 had been in a barn for about 10 years and had just been sitting there. It was still fitted with factory fitted battery connections but there was no battery. When we got it home and inspected it further, we found that overall it was in decent shape, with no parts missing! there were 3 randomly drilled holes in the front of the shell. but otherwise the shell was tidy and in a decent condition. We tested the motor with a battery and it appeared to be moving well. We then put a wiring kit on and tested the motor with the control box and pod....and it worked immediately. When we sat on the c5 we found the body dipped low hitting the wheels, we found the rubbers on the body were all in place but after closer inspection the chassis was split on the underside along the centre welding. 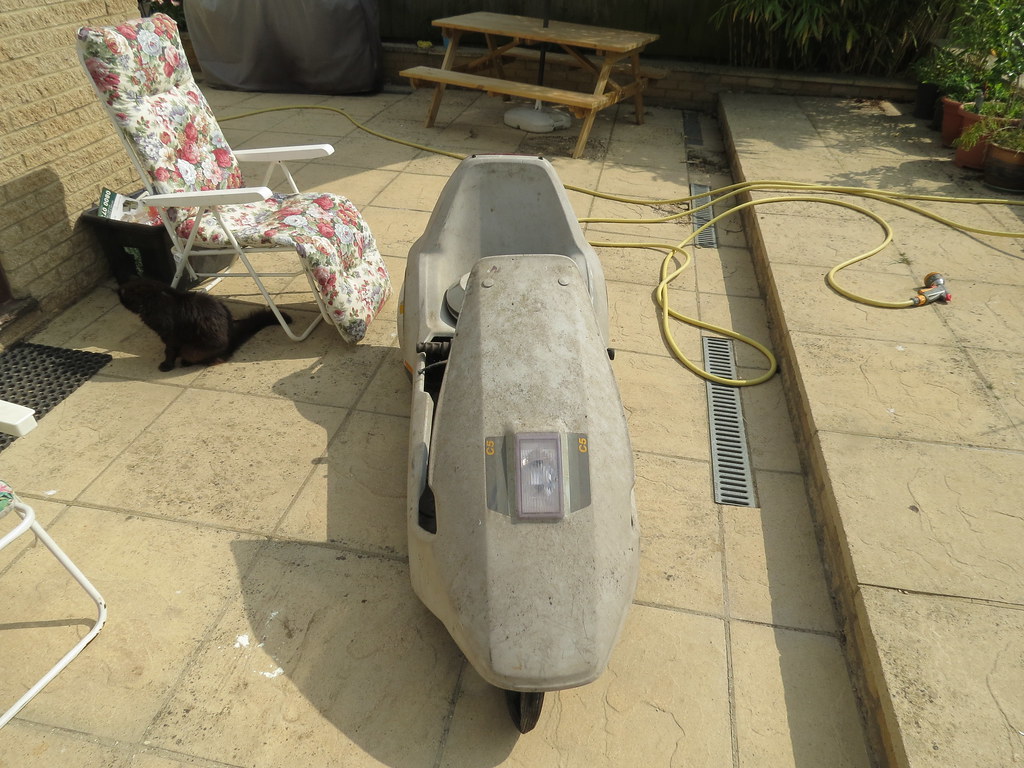 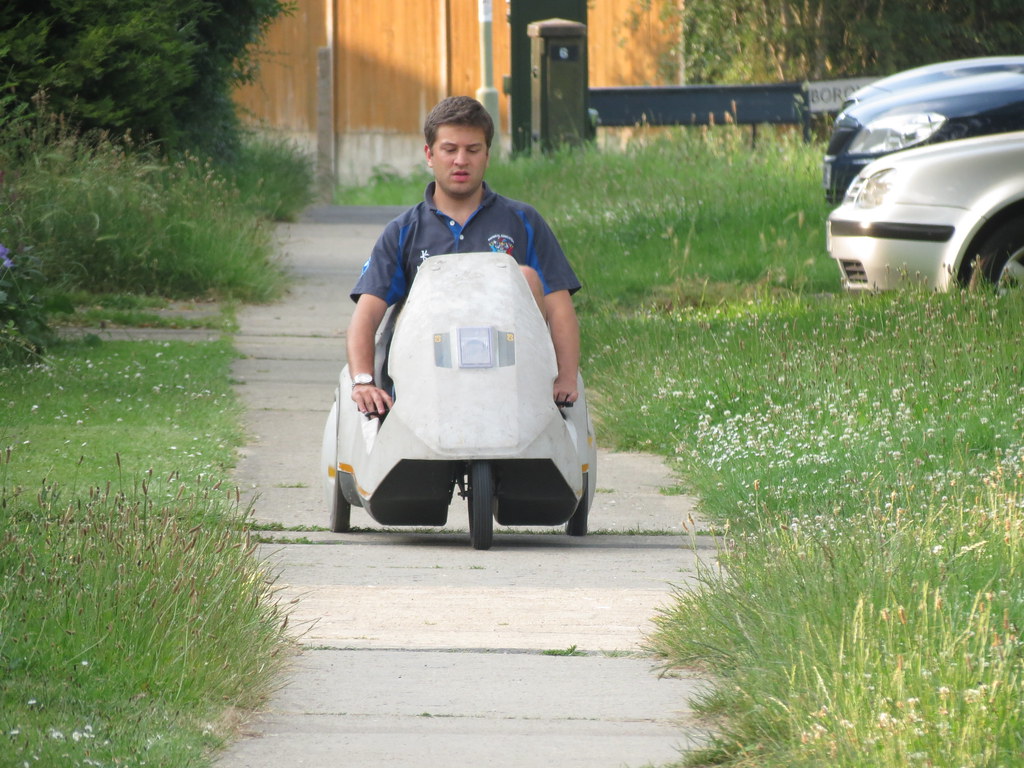 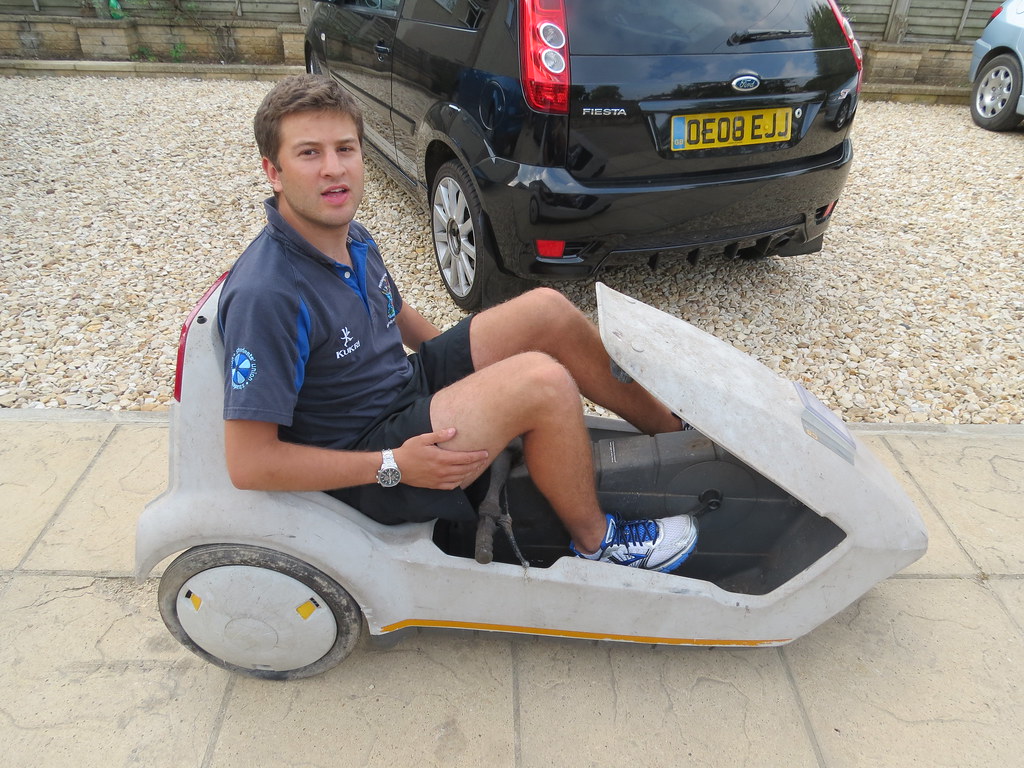 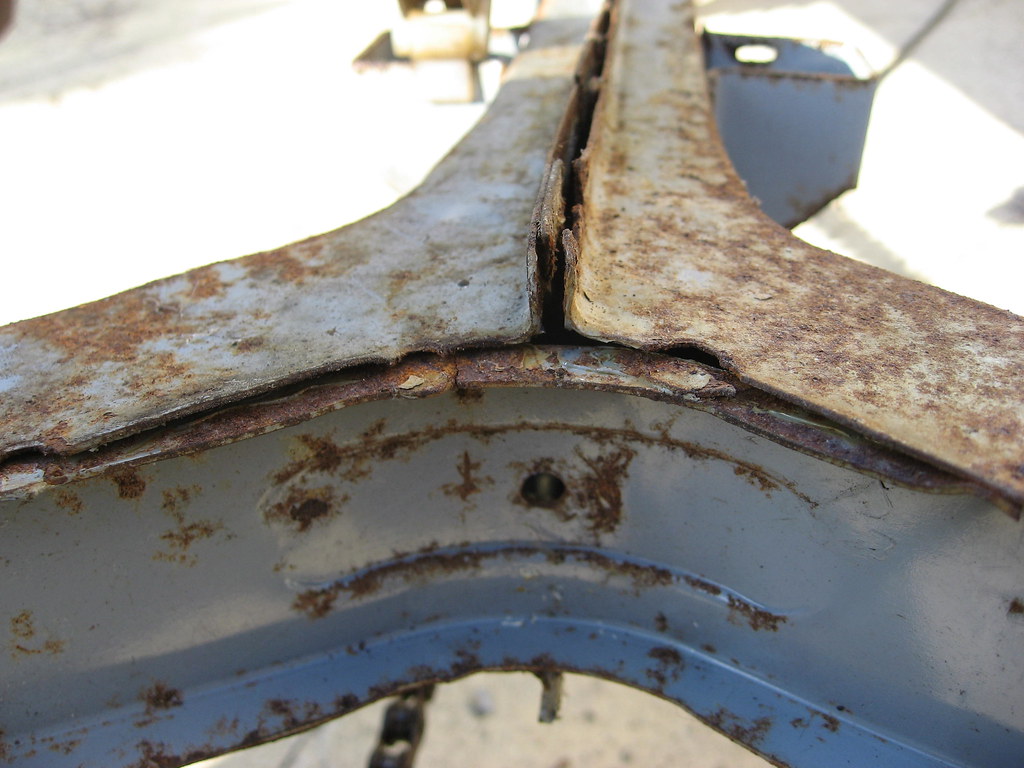 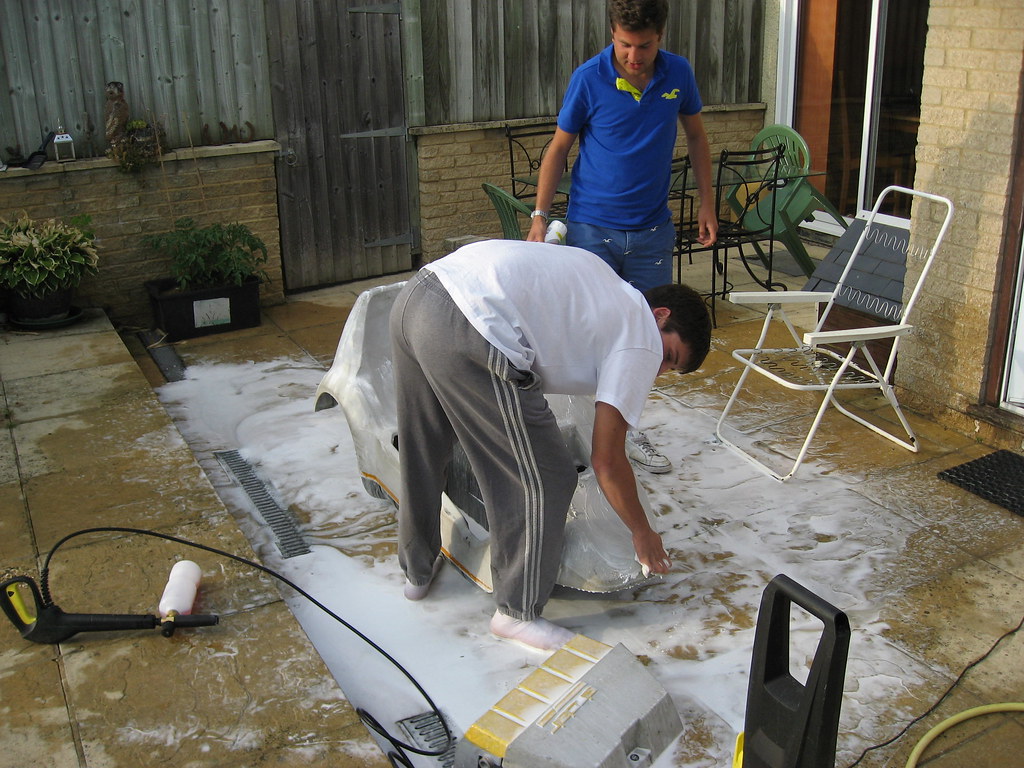 we decided to strip down the c5 in order to weld the chassis and clean the body as best we could. 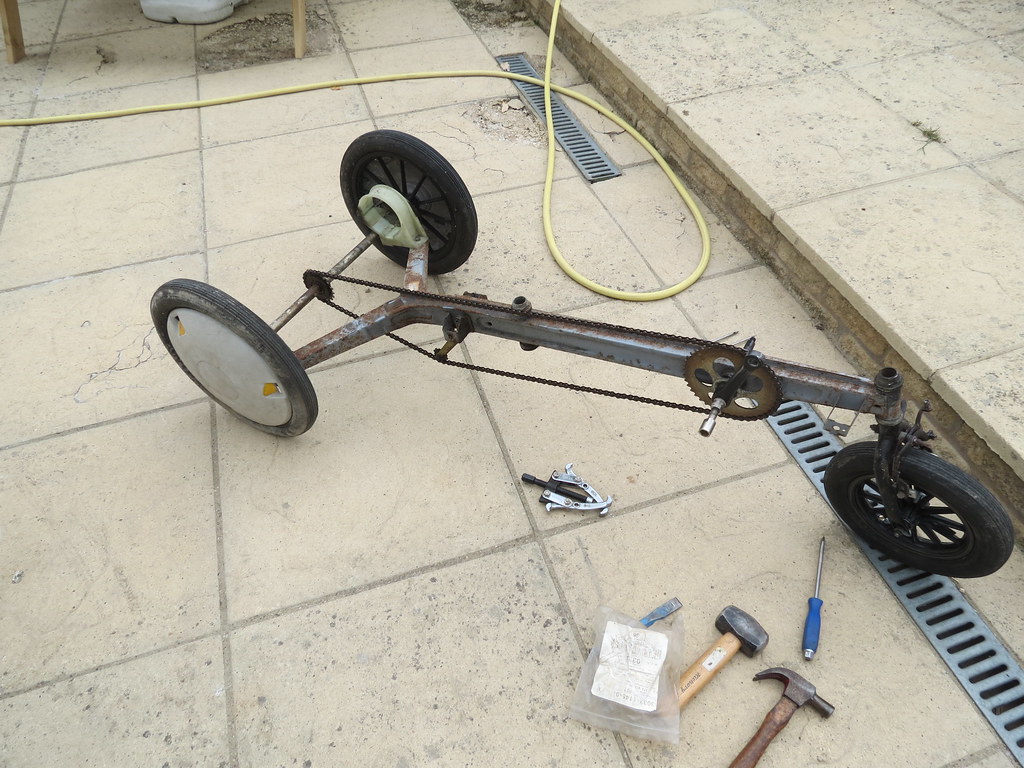 We had the job of sanding the chassis, which took a while! 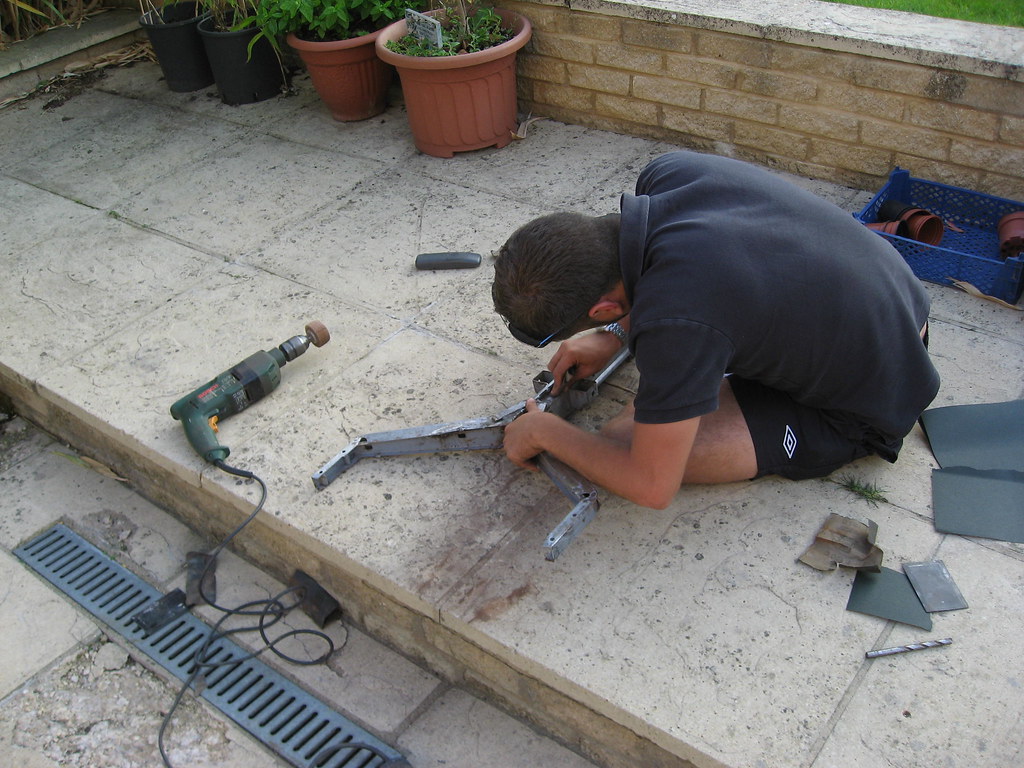 When welding the chassis we added some extra metal plates to strengthen it a bit more. 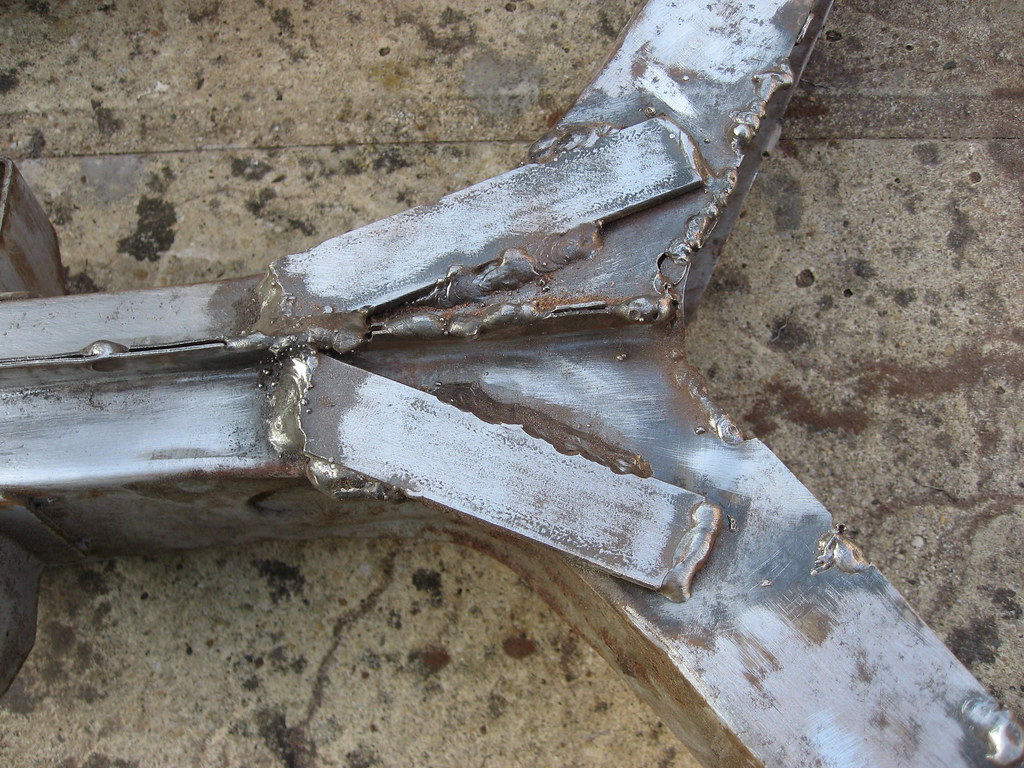 The chassis was then painted with Hammerite hammer finish paint. 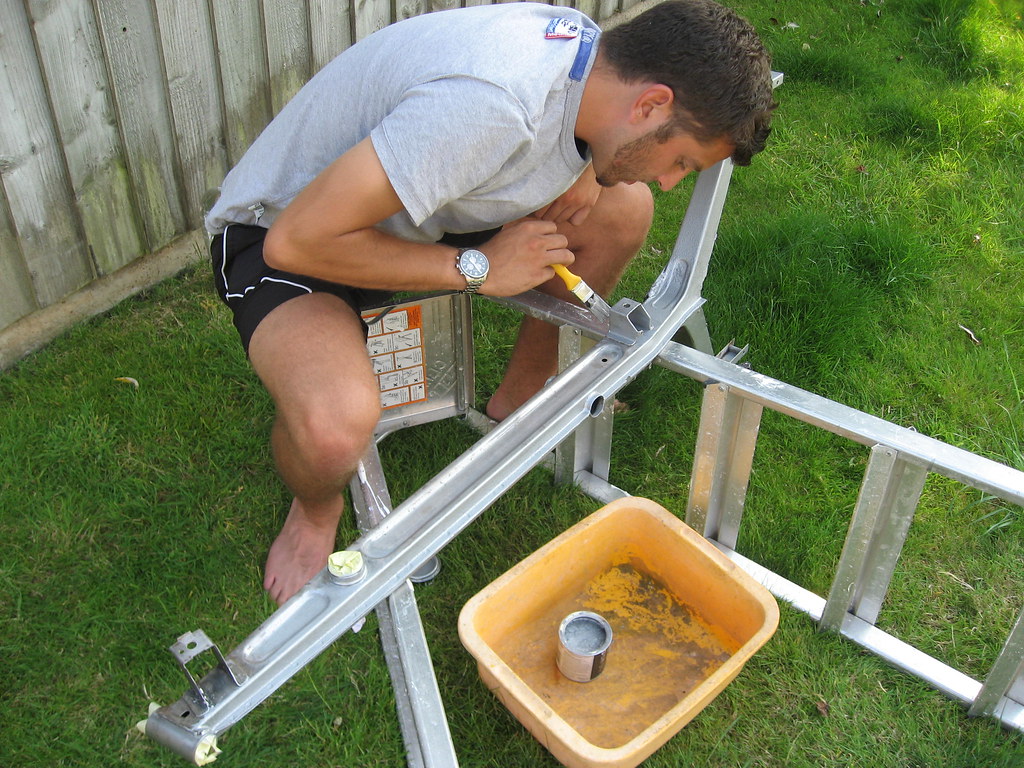 We now had the job of finding a sturmey archer gear hub, despite searching for old bikes and posting several posts on facebook and gumtree it took a while to find one. Eventually a bike with a sturmey archer hib came on ebay and i won it for £10! a bargain as it would include gear changer and cables. When i collected the bike i told the seller why i needed the bike at which point he found 2 other sturmey archers and gave me those 2, 3 sturmey archers for £10 not bad at all!

At this point we went about looking at brackets others had used and techniques used to run the chain and position the hub, we decided the most simple was was to place both chains on the same side of the hub meaning we would not need to break the welds and move the sprocket on the c5 axle. we made the bracket from thick aluminum as it was lighter than steel we had found and we had it available. 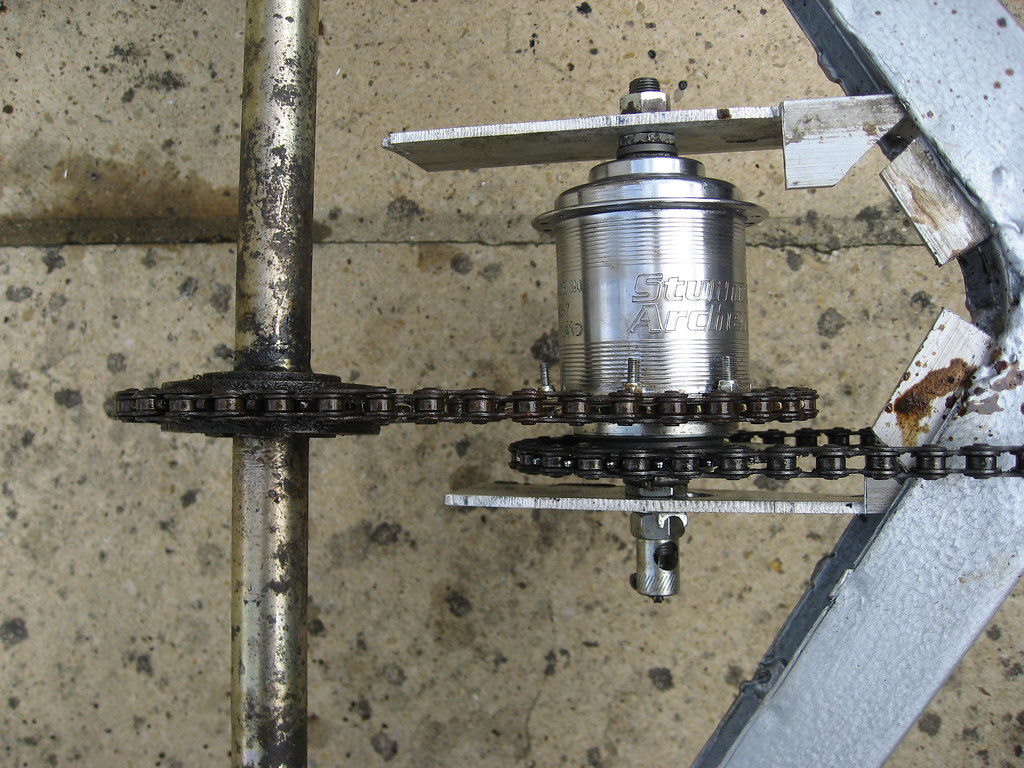 I decided to run this C5 without the pod or control box, as i wanted to try it in this way and see if it was more reliable and easier to maintain for a bit. the beauty is i can revert back to normal if i wish and it wont be too much of an issue. 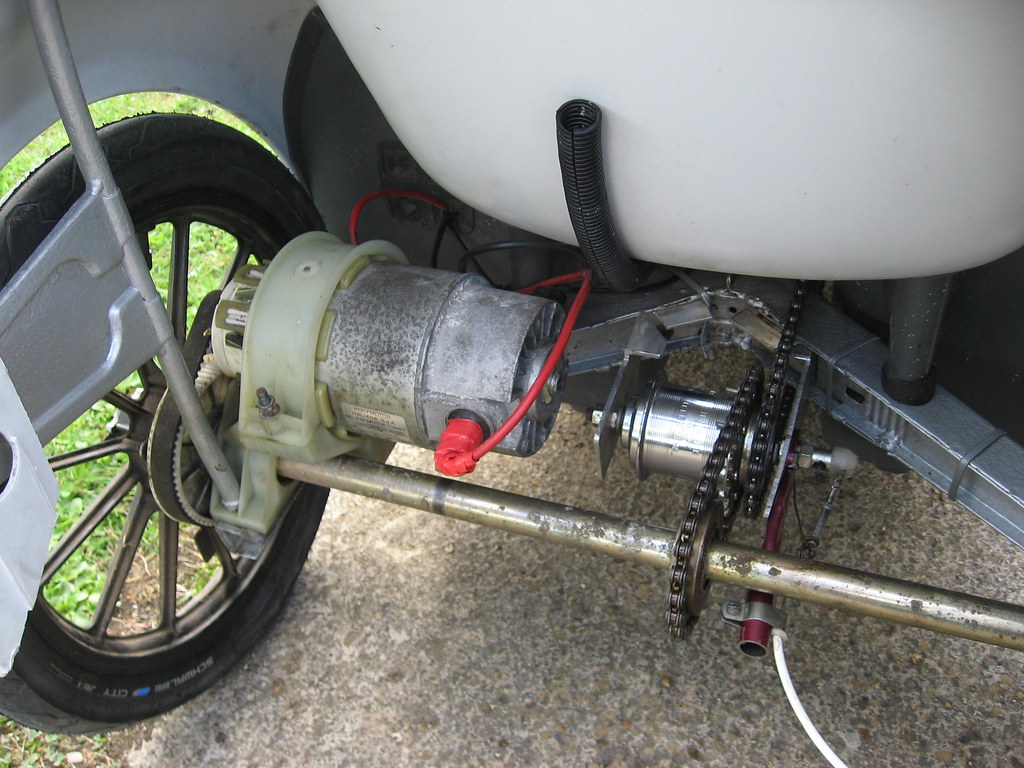 Once we had it all in place we put the c5 back together and went for a test ride...or 2. 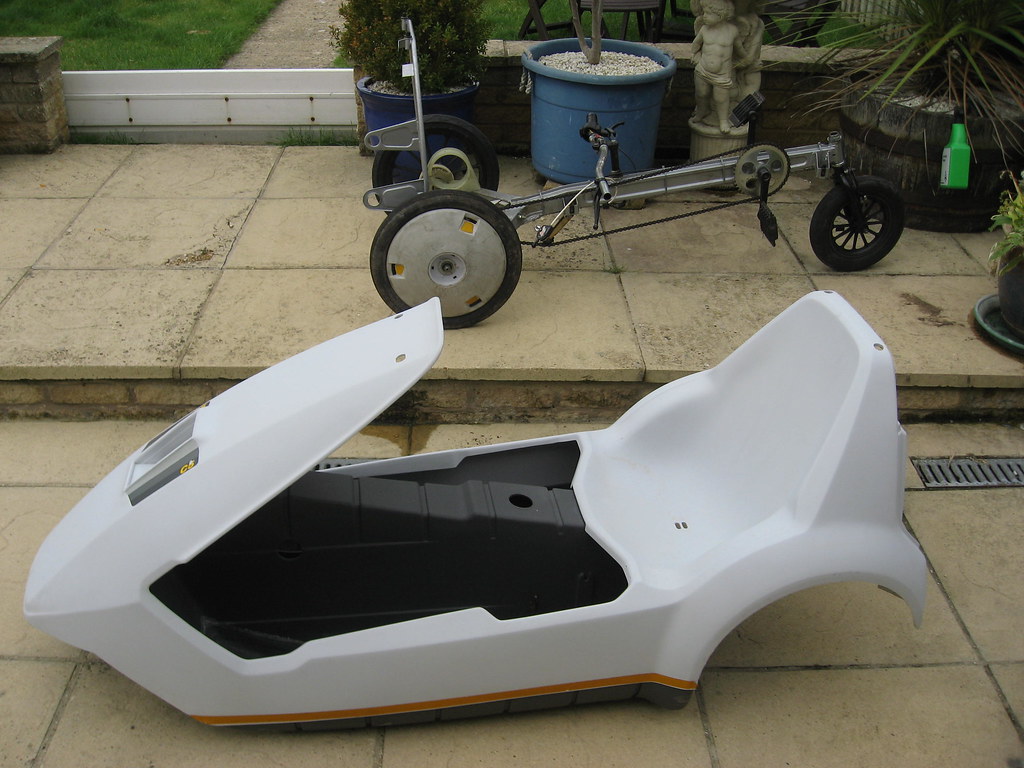 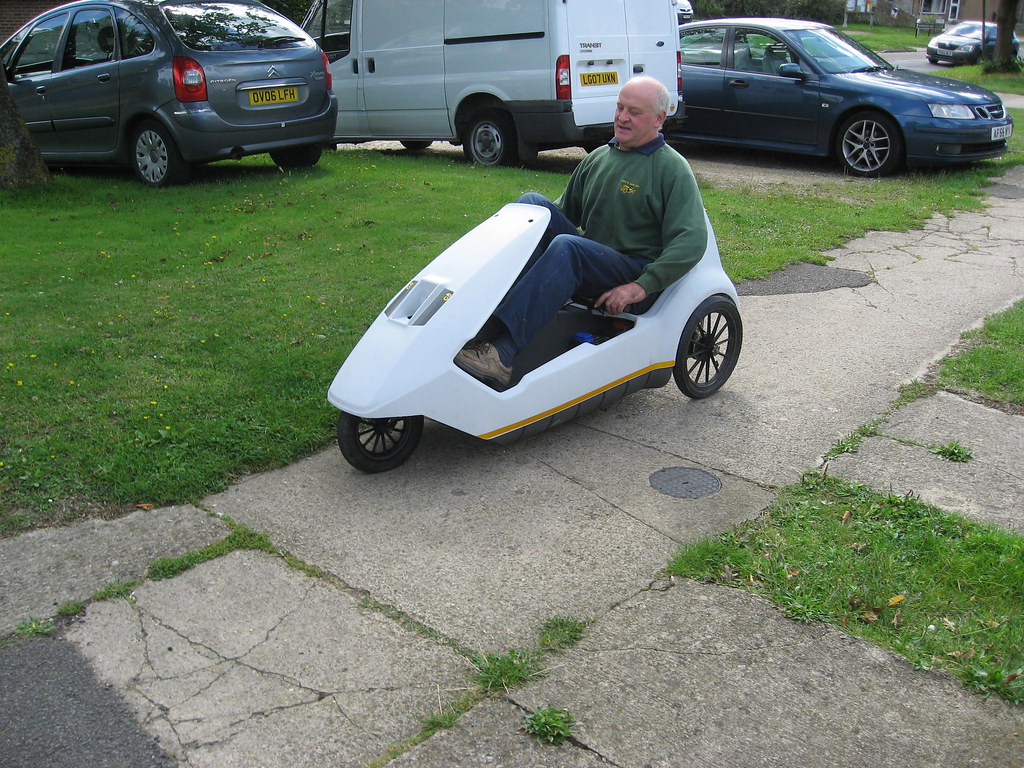 It feels great to ride i like using the 3rd gear and really picking up speed on the flat! i am hitting a good speed before hitting the motor and feel like i am really pulling away quickly. the 1st gear has worked well on hills and inclines too.

Now would be a good time to thank the following people who have helped along he way with this c5:
Dad
Ben Leach
Neil Lucas
Edward Green
Chas